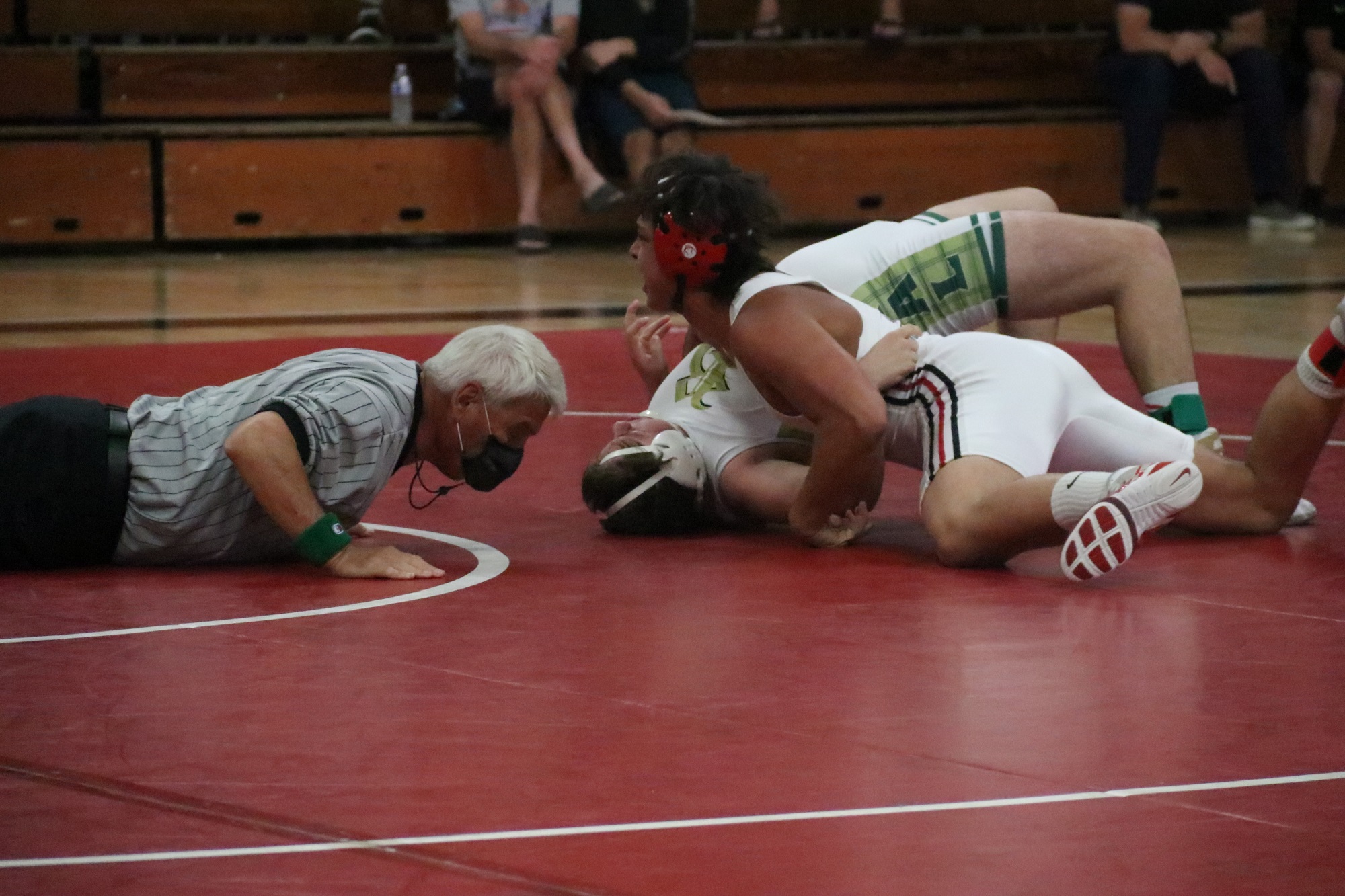 The San Clemente Youth Wrestling Club put on its San Clemente Beach Brawl tournament on Sunday, Jan. 9, and the local club showed off its own skills to best some of its visitors.

The San Clemente Beach Brawl hosted teams from Orange, San Diego and Los Angeles Counties, and the tournament was able to be put on thanks to help from local sponsors, such as both San Clemente Albertsons locations, Starbucks on Pico and Panera at the Outlets at San Clemente.

In the Advanced Division, 13-year-old Kelan Stever was the club’s only first-place finisher with a win at 140 pounds. Kyler Stever, 8, took second place at 81 pounds, and then the club had two third-place finishers: Luke Terrell, 10, at 71 pounds, and Dominic Tompkins, 5, at 40 pounds.

The Tritons hosted the San Clemente Rotary Tournament at San Clemente High School, and San Clemente finished second to South Coast League rival Trabuco Hills. A standout for the Tritons was junior Dominic Morales, who was the tournament champion at 138 pounds.

Next up for San Clemente, most recently ranked No. 3 in Orange County, in league competition is the Coast View Athletic Association Finals on Jan. 22 at Capistrano Valley High School.

The Tritons, No. 1 in the CIF-SS Division 3 dual meet rankings, then challenge for a third straight CIF-SS dual meet championship when the playoffs begin on Jan. 29 with the final scheduled for Feb. 2. The CIF-SS individual tournament is Feb. 11.