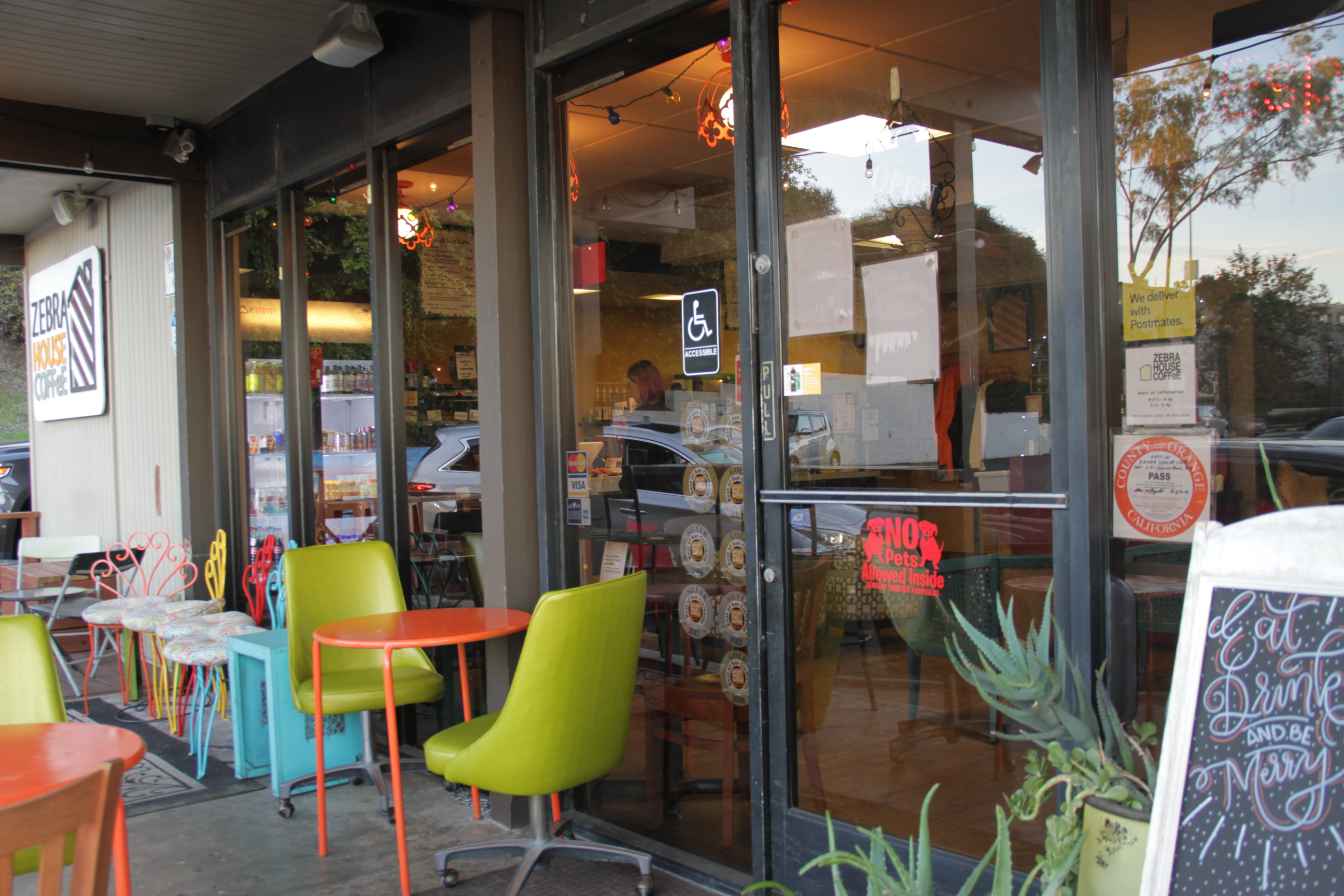 The upcoming year is shaping up to be a big one for local favorite Zebra House Coffee.

Earlier this month, Sara Peterson, the owner of the home-brewed coffee shop, announced that she’ll be opening a second location in San Clemente, near Talega, and that the current storefront on El Camino Real will also soon be doubling in size.

The upcoming growth of the café house, Peterson said, will “bring Zebra House back to San Clemente in a new way; a new, grander way.”

At the city council’s special meeting on Dec. 10, Peterson said that she had signed a long-term lease agreement to operate a proposed drive-thru coffee shop and café in a 2,750-square-foot space on the lot adjacent to the Target retail department store on Vista Hermosa.

“We’re excited about it; we’ll have not one, but two locations and an expanded location of where we are now,” Peterson later told the San Clemente Times. “Both drive-thrus, both sides of San Clemente covered. We’re looking forward to serving the Talega community and all for the families that are part of the (Vista Hermosa) Sports Park.”

The decision to start looking for additional space came a year ago, Peterson said, when she and Zebra House’s neighbor, Wildflower Florist, were notified that their building would be changing hands.

There was a bit of uncertainty in whether the new owners would maintain the leases, so Peterson began looking at other locations. In that process, Peterson began negotiating a lease for the property adjacent to Target this past February, later resulting in the signed agreement on Nov. 30.

“It took us a better part of a year to negotiate a lease,” she said. “It was a wonderful location and just a great opportunity for a new building; we figured it would be a complementary second location.”

With the new location expanding their presence in San Clemente, Peterson said that they’re also looking to have an expanded menu. Without wanting to give too much away, she added that customers can expect Zebra House to have an “expanded baking presence”—something for which they are known.

However, those hoping to get their Zebra House fix at the new location will have to wait a little while. Peterson explained that she’s targeting to open the doors of the new location by mid-2021.

Customers, on the other hand, can look forward to seeing Zebra House’s footprint double in size, as it will soon be taking over the space currently occupied by Wildflower. According to Peterson, the floral shop’s lease is scheduled to end in March, at which time it will relocate.

“As soon as they’re gone, we’re going to start working on the other side of the building, and we’d like to have everything open by the end of August,” Peterson said.

The current Zebra House location is about 1,100 square feet. When it expands, taking over the rest of the building, Peterson and Co. will have about 2,200 square feet with which to operate.

“We’re currently about 1,100 square feet; we’ll double with the expansion,” she said, not holding back her excitement. “And the new location will be even grander. It’s going to be so much fun, we’re so excited.”