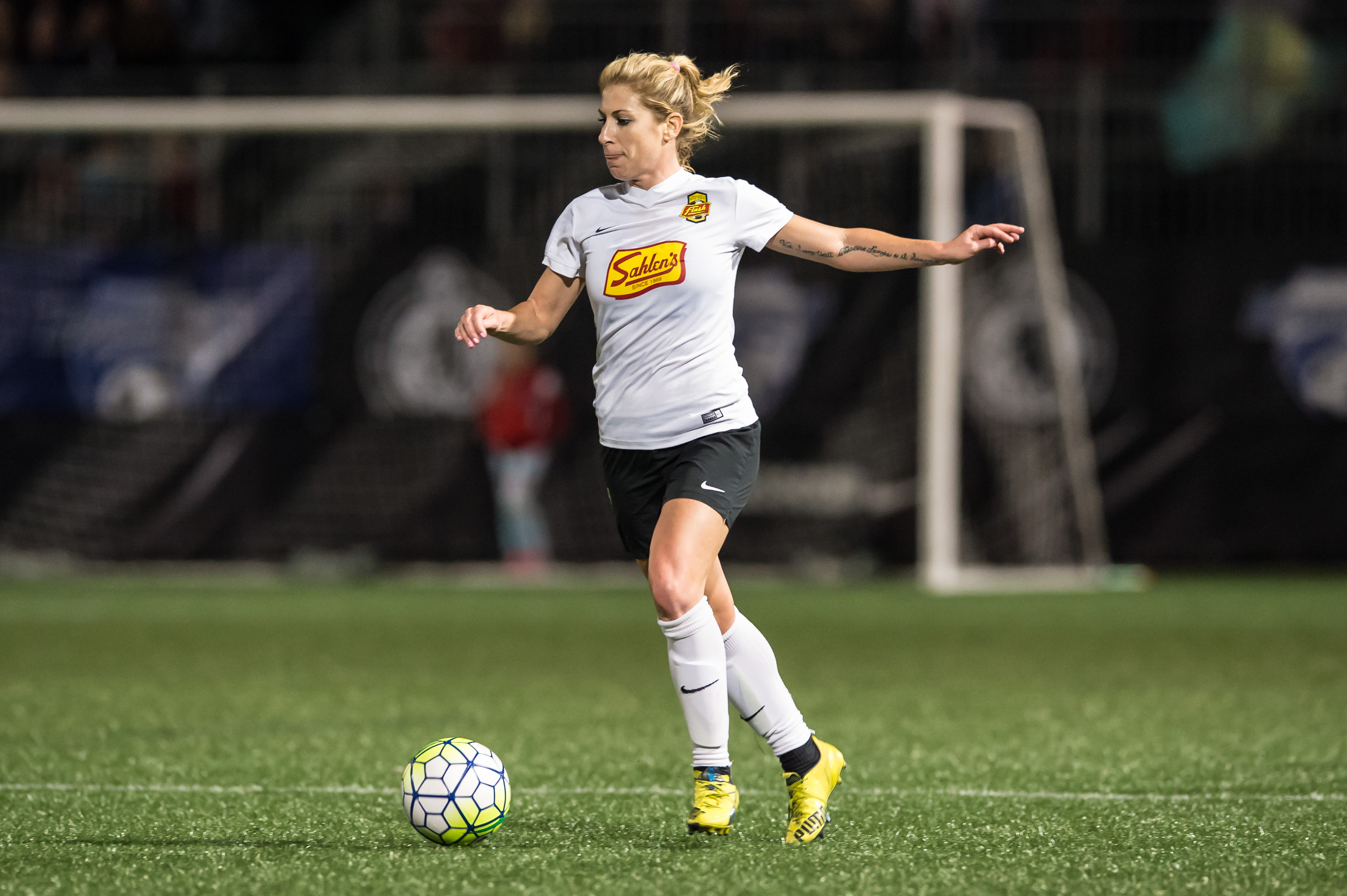 Q&A with veteran midfielder ahead of championship match

It took just 16 minutes for the Western New York Flash to silence an adversarial crowd of over 20,000 screaming Portland Thorns fans at Providence Park on Oct. 2. The Flash had just taken a 1-0 lead over the heavily favored Thorns in the National Women’s Soccer League semifinals thanks to a goal by Samantha Mewis, and they weren’t done yet.

The Flash played inspired soccer and blitzed their way past the late-charging Thorns in front of the sellout crowd in Portland, ultimately earning a 4-3 overtime victory and a berth in the league championship match.

The Flash, who will appear in their fifth championship game in eight years, will face the Washington Spirit at BBVA Compass Stadium in Houston, Texas, on Oct. 9.

San Clemente native and veteran NWSL midfielder McCall Zerboni has been the backbone of the Flash franchise for several seasons. She was a member of the Flash squads that captured back-to-back championships in the now-defunct Women’s Professional Soccer and Women’s Premier Soccer League Elite in 2011 and 2012, respectively, serving as the team captain in 2012. Zerboni’s 55 starts and 57 games played rank second on the franchise’s all-time list.

She left the Flash to sign with Portland in 2015, and played eight games for the Boston Breakers in 2016 before Flash management traded for her June.

The Flash have the youngest roster in the NWSL, and Zerboni, 29, has provided steady leadership throughout the team’s stretch run to the finals, logging over 1,000 minutes of playing time in 12 appearances.

The San Clemente Times spoke with Zerboni days before the championship match to discuss the team’s spirit, and the road they took to reach the finals.

San Clemente Times: You’ve played for the Flash in years past. What was it like returning to your former franchise midseason?

McCall Zerboni: I had good memories and found success (in the past with the Flash). I was familiar with the landscape and the management, having played for coach (Paul) Riley last season. But I wanted to come in with a beginner’s mindset. I came in with the mentality that I didn’t want to shake up too much of what they were doing. The hardest part was finding a way where I could showcase my strengths.

SCT: After a hot start to the season, the Flash went winless in seven matches before rallying to make the playoffs. What brought you guys out of that lull?

MZ: That depends on how you look at it. We remained positive. You can look at it as we went winless … but we lay it all on the line, and that’s all you can ask. There were moments when we were challenged. But we have a lot of dimensions to us; we can pressure, or we can slow down the pace. Those dimensions create and mold our game to find weaknesses in other teams.

SCT: What are your thoughts on that semifinal battle you guys had with Portland? That looked like a tough game.

MZ: I was surprised at how big, emotionally and physically, we got in that game. I’m proud of the mentality we had. We really flew. We all get along off the field and we carried that onto the pitch.

SCT: What’s it like being a veteran on such a young team making a run like this?

MZ: We’re the youngest team in the league. At the end of the day, I can lead and pass along guidance, but it’s up to them in the moment. When you’re young, you can go one of two ways. You either want to improve and get better or you can do it your own way, and I think this team has shown they really want to improve. As an older player, you hope your experience can help turn the dimension of the team.

SCT: You’re facing the Washington Spirit in the finals. What kind of a game can fans expect to see on Sunday?

MZ: (Washington) is a great squad. And I hesitate to say this but they are similar to us. They have a ton of superstars. It will be another good matchup because this is the toughest league in the world.