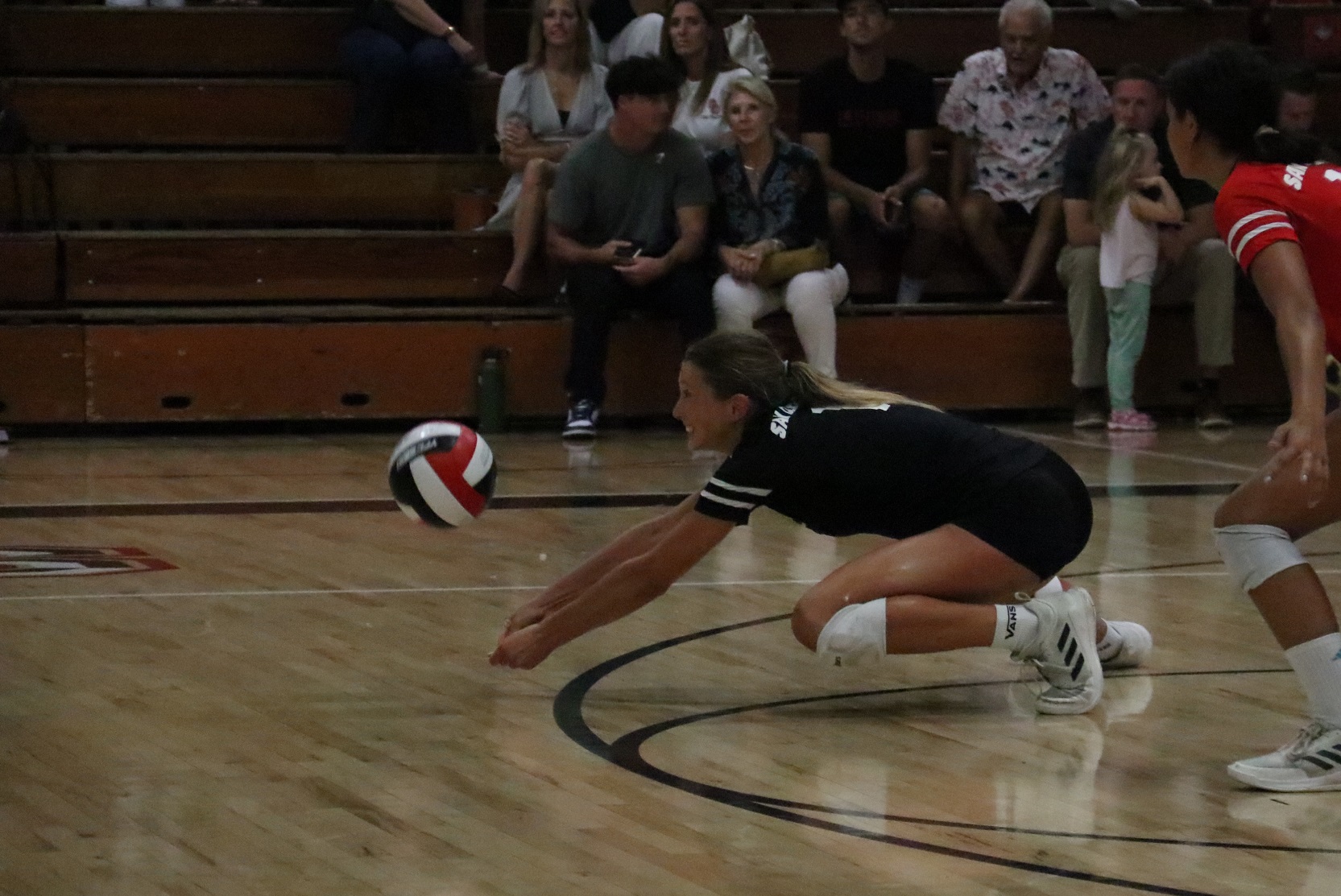 The fall sports season is one of intense focus at San Clemente High School.

Triton teams all have attainable—and some even expected—goals of league championships, with a couple teams looking to further their playoff successes and avenge early Division 1 losses.

There is a strong and healthy group of returning leaders among the fall sports teams, which puts them in positions to achieve those goals. There are also a pair of new coaches: one returning to keep the program on its high standards and another looking to continue a legacy.

Let’s take a look at the Tritons’ fall sports teams:

The real season is about to begin for the San Clemente girls volleyball team, as the Tritons can take their opening swings at their first big goal of the season.

Last year, the South Coast League and, ultimately, the playoff fates of its top two teams were determined by a literal coin flip. After San Clemente and Aliso Niguel split the league championship, a coin flip determined the league’s No. 1 and No. 2 playoff representatives for seeding purposes.

San Clemente “won” the coin flip, which put the Tritons in Division 1 and in line for an opening-round loss. Aliso Niguel “lost” the coin flip and got sent to Division 2, where the Wolverines went on to win the CIF-SS championship.

The Tritons’ first stated goal is to win the South Coast League outright and, in turn, draw upon last season’s experience to be ready for the challenges afterward.

The Tritons open league play at home against San Juan Hills on Thursday, Sept. 15. San Clemente then travels to Dana Hills on Sept. 20 and hosts the first round with Aliso Niguel on Sept. 22.

The San Clemente water polo program is now working with its fourth head coach in four seasons. Luckily for the Tritons, their new coach is their old coach.

San Clemente High School alumnus Logan Powell returns to the Tritons after just one season away from his alma mater. Powell left just before the delayed 2020 seasons began in January 2021 to take a college job coaching NAIA water polo at Ottawa University in Arizona.

After the school employed interim coaches in the spring of 2021, Ikaika Aki, an assistant coach at Loyola Marymount University, was hired for the 2021-22 boys and girls water polo campaigns. However, Aki went back to his college alma mater to be LMU’s women’s water polo coach in July after just one year with the Tritons.

However, things like this find a way to sort themselves out, and, sure enough, Powell found his way back to San Clemente to helm the Tritons’ polo programs once again.

San Clemente looks to earn back-to-back league titles and five in six seasons with an experienced group that earned a spot in the CIF-SS Division 1 playoffs last season.

After a packed early tournament schedule, the Tritons open league play at Capistrano Valley on Sept. 28 and host Tesoro on Oct. 5 and Dana Hills on Oct. 7.

Last season was a historic breakthrough for the San Clemente boys cross country team, and the Tritons return a loaded varsity group.

San Clemente qualified its boys team to the CIF State Championships for the first time in 32 years last season, and the Tritons made the most of their trip to Fresno with a fourth-place team finish. San Clemente returns four of its five scoring runners from that team, which also won Orange County and South Coast League championships.

With that many returners from a successful group, the Tritons rightfully earned some preseason attention as a highly ranked squad. The Tritons opened as the No. 2 team in the CIF-SS Division 1 rankings and are now No. 4 after the first week.

San Clemente opens its season in earnest nearly 2,500 miles away at the Iolani Invitational in Hawaii on Saturday, Sept. 10. The Tritons will return for the Woodbridge Invitational at the Great Park in Irvine on Sept. 16 and the Dana Hills Invitational on Sept. 24.

San Clemente’s girls cross country team also opened in the preseason CIF-SS rankings at No. 10 in Division 1. Despite falling out of the rankings in the first week, the Triton girls also field a highly competitive group.

San Clemente advanced to its third consecutive CIF-SS Finals last season after finishing third in the South Coast League and sixth at the Orange County Championships.

The Tritons feature quite a mix, with seniors including Kennedy Banks, Abigail Howard and Kayla Shanafelt, but San Clemente will also run youngsters with freshmen Caiya McAlister and Elizabeth Martin and sophomore Ashlyn Caldwell.

The Triton girls will stick closer to home for their opening race with a run at the Laguna Hills Invitational on Saturday, Sept. 10.

The past two seasons have been ones of change for the San Clemente girls tennis program.

First, in the delayed 2020 season in the spring of 2021, the Tritons’ iron grip on the South Coast League was broken. Then, last season, San Clemente saw an era end with the final season of longtime coach John Stephens’ successful career.

Last season’s team also featured 11 seniors, which means the Tritons are turning to new faces all around for their 2022 campaign.

Their new leader is coach Gary Greenberg, who has coached tennis for 16 years and was with the San Clemente program as a junior varsity coach.

It’s been a hot start for the San Clemente girls golf team.

The Tritons opened with a pair of wins over Capistrano Valley on Aug. 30 and 31. The Tritons first won at Bella Collina San Clemente, 228-242, and followed with a win at San Juan Hills Golf Club, 226-232.

San Clemente hosted a three-way match against San Juan Hills and Dana Hills at San Clemente Municipal on Tuesday, Sept. 6, but results were not available at press time.