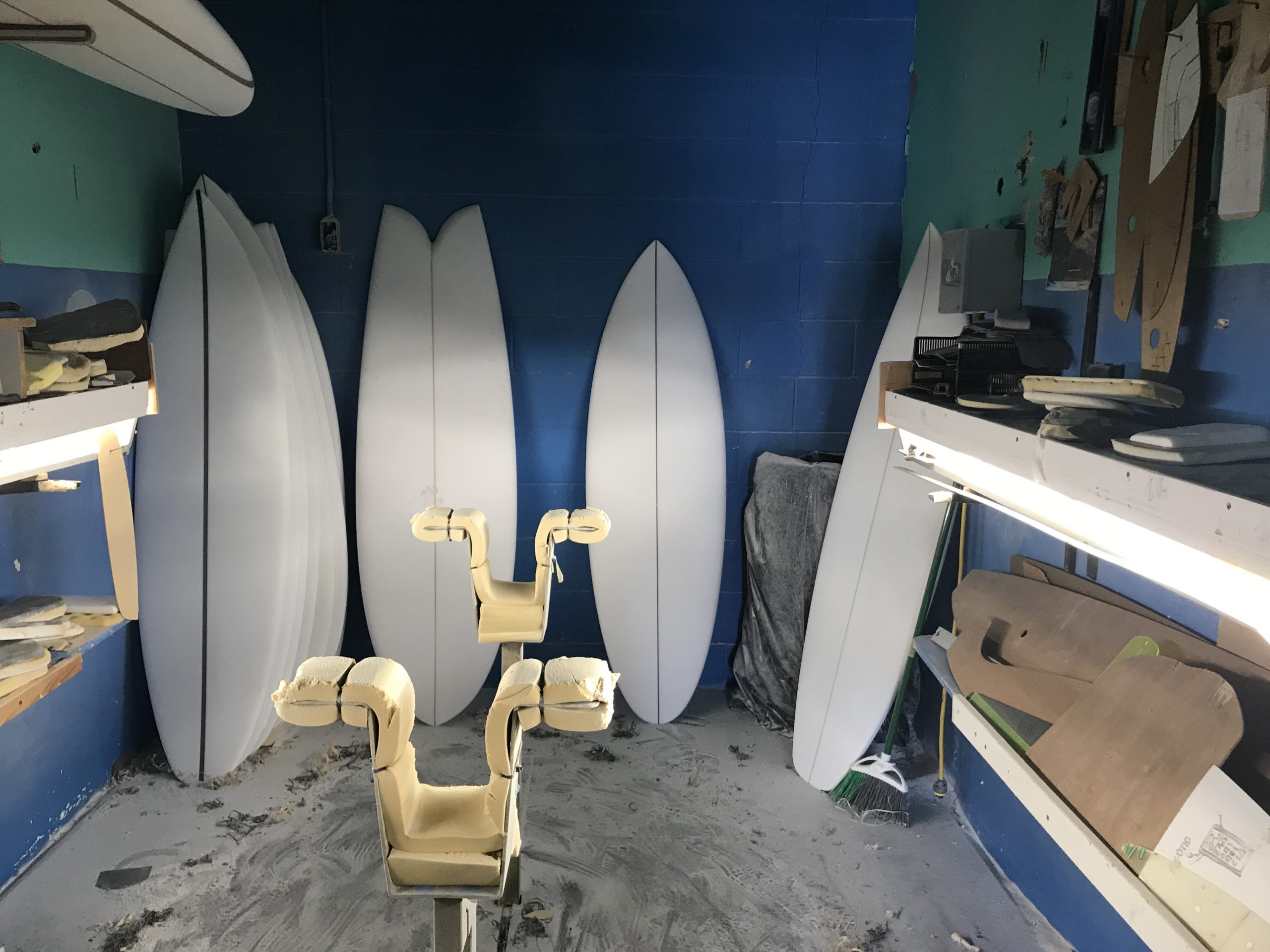 With few summer recreation options this year, surfboard and wetsuit sales are booming

From Salt Creek to San Onofre, there seem to be more people in the water than ever before. And while, personally, my wave count is down and finding a parking spot can be a challenge, we find ourselves in a transformative moment in surfing.

There are seemingly more people enjoying the benefits of life in the ocean than ever before.

“There’s no baseball or soccer. There were no summer camps, and as school starts, kids are still stuck at home,” explained a local surfer and parent, who asked not to be named in this column. “And I think a lot of people are embracing the fact that the beach is a relatively safe space to get everyone out of the house.”

When the pandemic started, and the federal government sent relief checks to everyone, I implored people, in one of my previous columns, to help prop up our local surf industry and support our area’s myriad of talented surfboard shapers and craftsmen and craftswomen.

Well, from what I hear on the street, surfboard sales are through the roof right now. One shaper friend of mine in LA relayed to me that for a period, Future Fins, the company that produces removable surfboard fins, was sold out of the fin boxes that secure the fins to the board.

Anecdotally, what that means is there are a lot of surfboards being made right now.

A look at some recent data helps further the argument that wetsuit and surf hard goods sales (categorized as surfboards, fins, leashes and equipment that actually help you go surf) are enjoying an unprecedented uptick.

“Instead of buying sports equipment, people are buying surfboards and wetsuits,” explained the parent to whom I was talking.

According to the website actionwatch.com, which covers the business of surf and skate, the numbers support what we’re seeing at the beaches. When the pandemic first started and businesses were forced to close in March, April and May, sales plummeted, but since reopening, shops have bounced back with double-digit growth.

“When we first saw the preliminary June 2020 sales data for the ActionWatch US retailer panel, we had a hard time believing the results,” the website stated. “The first set of data indicated that year-over-year sales grew by 20-percent or more. By the time we received all the data, the store sales for all categories increased by +15-percent when compared to last June. This resulted in an almost perfect V-shaped recovery after a disastrous March, an even worse April, and a promising May.”

What’s interesting to note is that what’s driving this growth are not the facets of the surf industry that are most profitable, such as apparel, where the profit margins on items are considerable. ActionWatch reports that apparel, footwear and accessories sales were all down 20-30%. The meat and potatoes of the industry, these three categories make up more than 60% of overall sales volume for surf and skate.

Conversely, surfboard sales are up. Over the last couple of weeks, I’ve talked to more than a half-dozen different surfboard makers, and none of them is complaining about the health of their business. Their chief complaint is they can’t keep up with the demand. And while that’s anecdotal, again, the data backs up what we’re seeing.

The reason this isn’t bigger news is because the big, apparel-focused brands aren’t really cashing in on these boom times. What’s driving the growth is people getting out and participating—and they need boards and gear to do that. It’s the surfboard builders and core surf companies that actually service surfers who are enjoying the benefit.

Unfortunately, it’s not all wine and roses. Gross margins for surf hard goods are the lowest in the industry at just 36%. And after chilly summer water temps, wetsuit margins weren’t much better, at 38%. That means even with sales being so good right now, it’s still tough to make more than a few bucks off every board or suit sold.

It’d be easy to complain about how crowded our beaches have been, especially since the weather started cooking, but there’s a lot of good in all the chaos. Local businesses are surviving, and more people are getting out in the environment and getting stoked.

As a friend explained, “It’s like the old days when you went to a surf shop to actually buy a surfboard.”