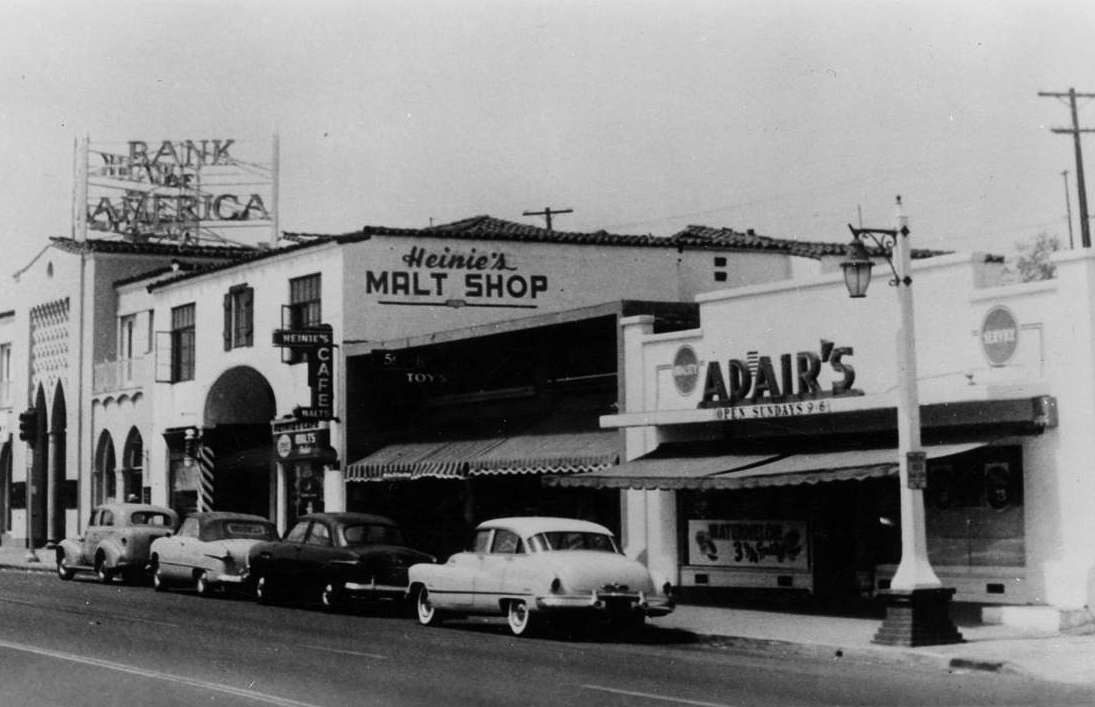 From the Archives: June

Every week, the San Clemente Times will showcase a historical photo from around the city. If you have a photo you would like to submit for consideration, send the photo, your name for credit as well as the date and location of the photo to editorial@sanclementetimes.com. This photo gallery is from June.

Adair’s Market and Heinie’s Malt Shop is photographed here around 1950 along what was then Highway 101 at Avenida del Mar. Photo: Courtesy of Thomas Pulley via OC Public Libraries/Calisphere

This Ole Hanson home, located at 205 S. Calle Seville, was built in 1927 and purchased by Domenic and Juli Isola in 1993. “This photo came with the home and we cherish it by displaying it as it was left to us,” the family said. “Photo looks to be around the same time it was built. What a view from the tower room the home must have had back then!” Photo: Courtesy of Domenic and Juli Isola

Horses are photographed running through San Clemente in this photo, taken circa 1970. The hills of the city’s backcountry are far more populated now than more than 40 years ago. Photo: Courtesy of OC Public Libraries/Olivares Romero, Teeter Marie

The beach hut at Trestles is a locally known vestige of surfers made of nearby materials. “I took the pictures about the year 2000 or 2001 and they showcase both the thatches roof hut and also the local surfer art that was carved/painted on the structure,” said Robert Clarke, who submitted the photo. “I don’t know how locally famous the hut actually was but my friends and I used to enjoy bonfires there for a couple years.” Photo: Courtesy of Robert Clarke

Adoptable Pet of the Week: Chevron