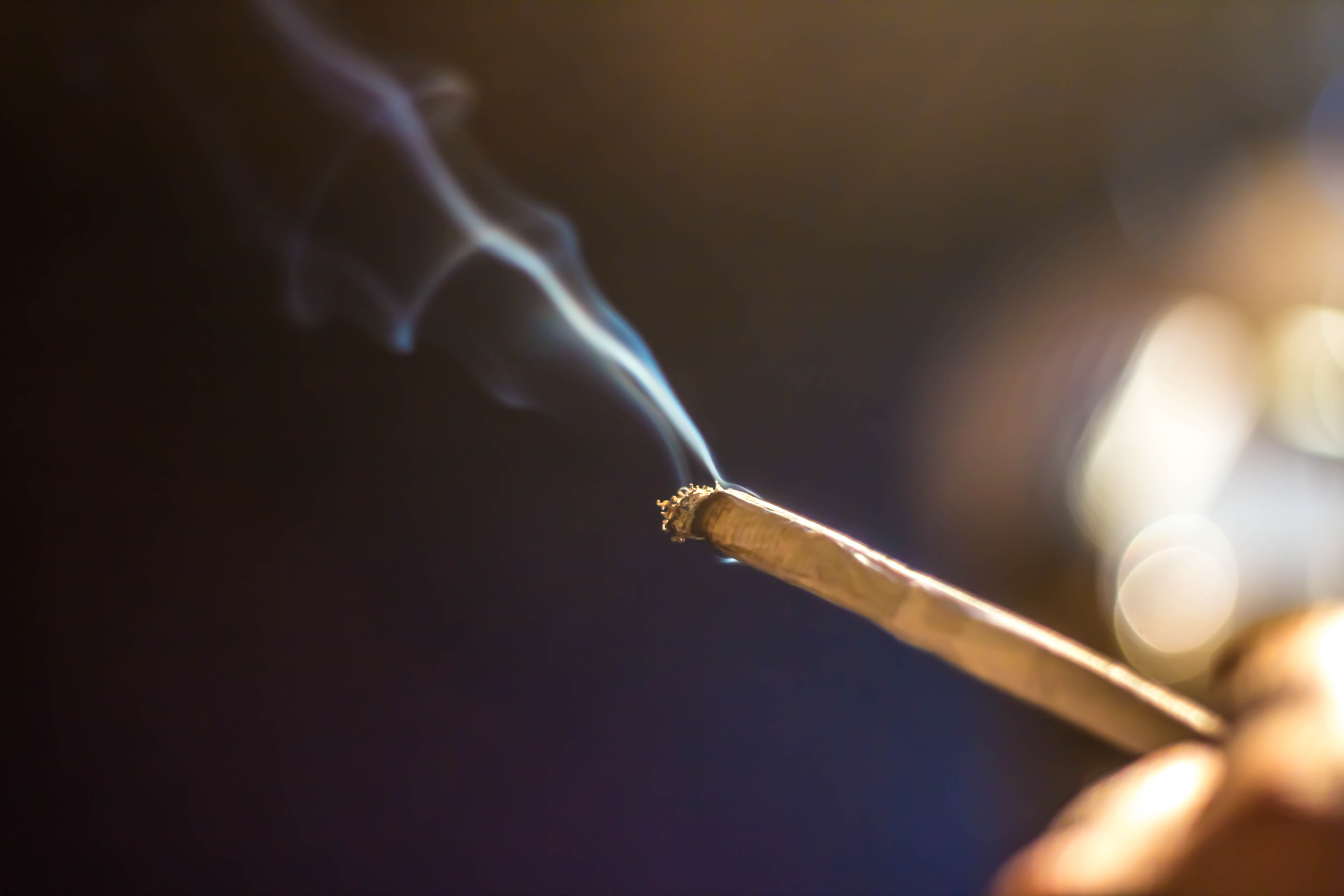 Letter of the cannabis law
Although California has adopted legal use of recreational marijuana, there are some laws that have been slightly altered and some remain intact.
Illegal possession of more than 28.5 grams or an ounce of marijuana (for adults 21 and older) is a $100 to $500 ticket, but illegal cultivation of cannabis can be as much as six months in jail, and illegal sales to minors are a felony and punishable by three to seven years in jail.

Manufacturing concentrated marijuana illegally and without a license is punishable by three to seven years in jail and up to $50,000 in fines.

Outdoor cultivation for residents without a permit is still illegal.
Depending on the company, employers can still institute marijuana-free workplace policies as well as mandatory drug tests. Nothing in the new state laws protects employees’ rights to using marijuana off-site.

An emerald rush has come to California.

The Adult Use of Marijuana Act (AUMA) was enacted by the California Legislature in 2017, following the voter-approved Proposition 64 in 2016, which legalized recreational marijuana in the state. It became law on Jan. 1. It is now legal for people 21 and older to consume marijuana at home, possess or gift up to one ounce of marijuana and grow up to six plants at home. Edible cannabis products are also enforced by weight, of which people can purchase and possess up to 8 grams.

Laws regarding cultivation for commercial facilities are much more complicated and are overseen by the state’s Bureau of Cannabis Control (BCC) within the Department of Consumer Affairs, Department of Food and Agriculture, and state Department of Public Health.

But just like the repeal of prohibition of alcohol in 1933, some cities and counties have enacted laws to curtail marijuana enterprises.

Local authority
Attorney Michael Cindrich, the owner of the Law Offices of Michael E. Cindrich APC in San Diego, is a lifetime member of the National Organization for the Reform of Marijuana Law (NORML) and has litigated on behalf of cannabis users’ rights.

“Part of the key elements that made Prop 64 attractive was that it provided the ability for individual cities and counties to have full authority to regulate cannabis activities, and part of that is the ability to ban cannabis,” Cindrich said.

San Clemente allows people to grow up to six marijuana plants in their homes or accessory structures on the same property, and there is no permit application process for that.

However, the city does not allow for commercial dispensaries to operate within city limits nor can delivery services for recreational marijuana be utilized within its borders, and people cannot consume it in public, just like alcohol.

At San Clemente City Council meetings in early 2017, there was more support from public speakers in favor of limiting any cannabis use or cultivation, but a few advocates spoke on behalf of keeping options open.

By state law, businesses must apply for permits through the California Bureau of Cannabis Control, as well as their local governments, in order to operate dispensaries and cultivation centers.

Dana Point has the same laws as San Clemente but goes further to prohibit any cultivation of marijuana plants, whether they’re for commercial or personal use.

Same as San Clemente, San Juan Capistrano City Council voted in January 2016 to ban cannabis dispensaries and manufacturers, as well as marijuana delivery within the city, and residents who want to cultivate up to six plants for personal use can do so, but the difference is they must fill out a permit application with the city.

Susan Parmelee, the executive director of the Wellness and Prevention Center at San Clemente High School, said there are some pitfalls of normalizing cannabis that could affect youth.

“Now that we’ve made it recreational, we need to get rid of the medical designation until we have more research,” Parmelee said. “When kids hear that it’s medicine, they think it’s healthy. It makes kids think if it’s OK for adults, then it’s OK for them. We try to emphasize what it does to teen brains because teen brains are still growing, and that’s why we emphasize the law is for people 21 years old or older.”

San Clemente voters were in favor of Prop 64, as 17,119 voted yes and 15,049 voted no, according to the Orange County Registrar of Voters statement of votes.

Parmelee said she hasn’t seen an increase, yet, of students who are sent to her office for cannabis use, but she said advertisements and the increase in media related to cannabis don’t help.

She said the center will likely start a campaign to make students aware of the effects of adolescent cannabis use in the fall.

“I encourage adults to educate themselves on what today’s marijuana looks like and how it really affects a teen’s decisions,” Parmelee said.

Chief of San Clemente Police Lt. Mike Peters said the most common infractions he’s seen is smoking in public since Prop 64 was passed.

“They have to recognize the law states it’s just like drinking in public,” Peters said.

William Kroger is also an attorney who is a lifetime NORML member based in Beverly Hills. Kroger said he thinks the vote on Prop 64 was rushed and that the voters should have let AUMA run its natural course through legalization through the state Legislature.

“There are too many issues,” Kroger said. “I think in due time they’ll be clarified.”

Federal laws
Nine states have legalized recreational marijuana, but at the federal level, cannabis is still a Schedule I drug, the highest degree of enforcement in the Drug Enforcement Administration’s list of controlled substances that could cause “the highest level of abuse.”

Making legal matters murkier, U.S. Attorney General Jeff Sessions issued a memo on Jan. 4 that rescinded the Obama administration guidelines, which all but guaranteed that if dispensaries and commercial marijuana enterprises followed state laws, they should not fear prosecution. The memos from that time directed federal prosecutors to focus solely on cases regarding distribution to minors, drug cartels and other illicit activity under federal law.

Cindrich said this could cause some investors in the industry to think twice before putting more money into cannabis.

The rescinding of these memos has reportedly caused confusion between federal and state guidelines and some trepidation for marijuana-based business owners.

“I think any time the federal government issues orders for more flexibility to prosecute federal cannabis crimes, there’s reason to be concerned; however, we have not seen any enforcement taken,” Cindrich said. “Until that happens, it will be business as usual for those entities.”

California Southern Section U.S. District Attorney Adam Braverman, who is in charge of enforcing federal law in this district, issued a statement to NBC 7 San Diego in support of Sessions’ memo.

“The Department of Justice is committed to reducing violent crime and enforcing the laws as enacted by Congress. The cultivation, distribution and possession of marijuana has long been and remains a violation of federal law,” Braverman stated. “We will continue to utilize long-established prosecutorial priorities to carry out our mission to combat violent crime, disrupt and dismantle transnational criminal organizations and stem the rising tide of the drug crisis.”

California’s Central District interim U.S. Attorney Nicola Hanna was appointed by Sessions just weeks ago, and there hasn’t been much reported on his view of the matter. Hanna must be confirmed within 120 days of the appointment.

Camp Pendleton issued a video that stated marijuana possession and consumption on base is still illegal.

“Marines and Department of Defense employees are prohibited from smoking or possessing marijuana, and anyone bringing illegal drugs aboard Camp Pendleton may face debarment or removal from base housing,” the video stated.