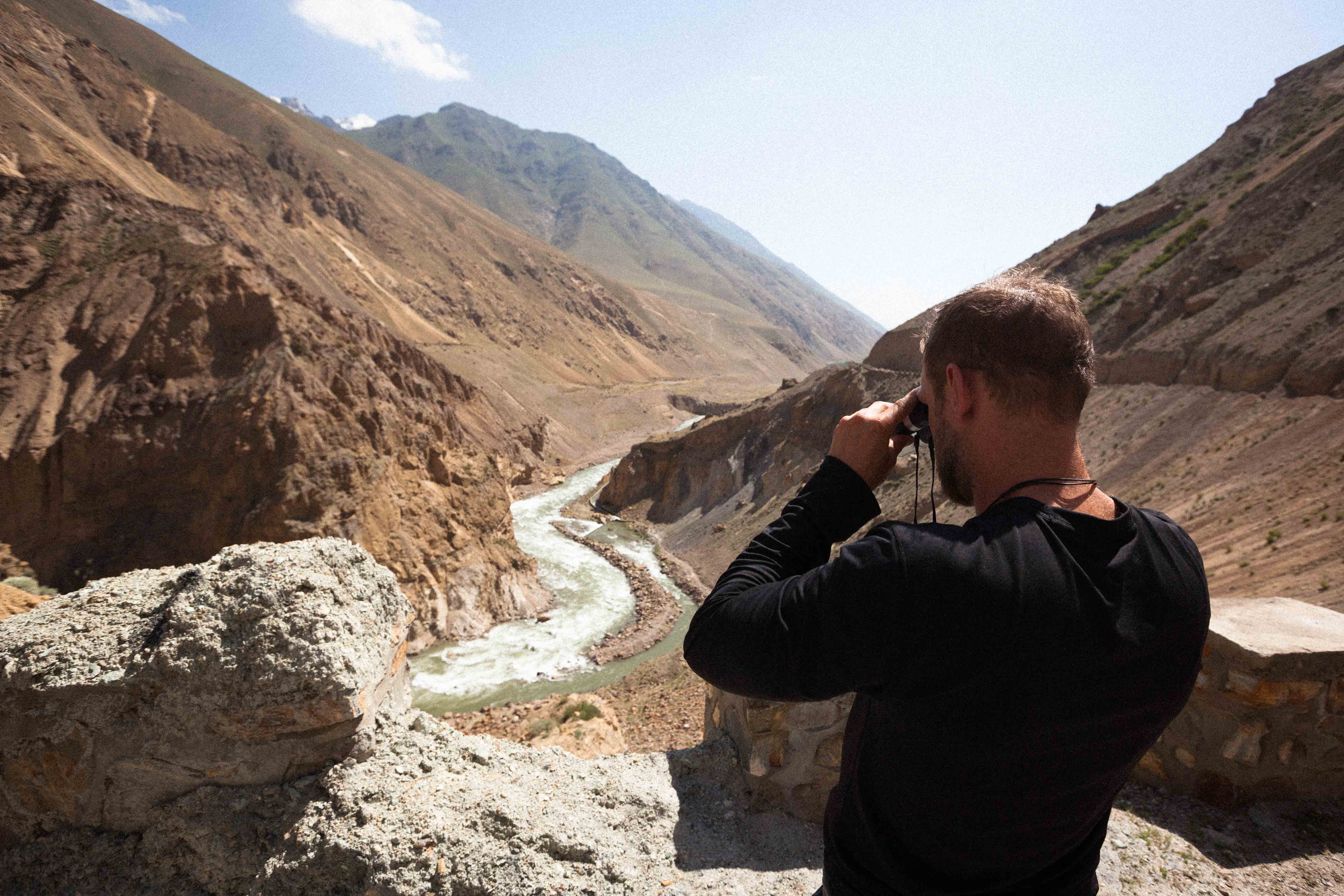 What If Lowers Wasn’t in Your Backyard? Finding Surf in Afghanistan

Surf is where you find it. Here in Orange County, we’re lucky enough to be able to step out of our back door and into the ocean. There’s a reason that people have been surfing in the area for nearly 100 years. Trestles is a bona fide, world-class wave field that attracts surfers from around the planet. Doheny and San Onofre are longboard nirvana.

But what if it wasn’t that easy? What if instead of a frothed-out grom at T Street or Salt Creek, you were born a surfer in the landlocked chaos of Afghanistan?

A couple of years ago, Afridun “Afri” Amu, an Afghan refugee living in Germany, fell into my orbit. Intrigued by his story, we got to know each other through email correspondence and Skype calls. It was 2017, and he’d just finished competing in the ISA World Surfing Championship, a first for a surfer from Afghanistan.

Afri found surfing after he finished high school. On a summer road trip with a few friends, he landed on a beach in the south of France. That’s when somebody handed him a surfboard for the first time.

“I still vividly remember this intense feeling, this feeling of knowing, ‘This is something I want to keep doing for the rest of my life,’” Afri said in one of our conversations. “The only thing I wanted to do was to learn surfing. So, I went back to Germany and saved money to finance my first world trip. I spent most of my time in Australia and New Zealand surfing…or, rather, trying to do so.”

After paying his dues sleeping on the streets in Sydney, working odd jobs to earn enough scratch to buy himself a surfboard, he was able to get his feet under him—both literally and figuratively. His 2017 ISA experience provided him with a platform to become an advocate for the Wave Rider Association Afghanistan and help “push surfing not only amongst Afghans living in exile but also in Afghanistan itself.”

In June 2018, he returned to Afghanistan to look for waves. Not having a coastline was the first big hurdle to get over. Security issues were also a constant concern. Eventually, Afri and a team of German and Canadian surfers and filmmakers found ridable waves in the Panjshir Valley.

“All sports have the power of joy. The joy of doing it yourself, the joy of cheering for someone or simply the joy of seeing someone do something he loves. But regarding sports in Afghanistan, there comes an extra layer to it,” Afri said. “Everyday life is so full of negative news that people get extremely excited about any kind of positive news.”

Afri’s movie project, Unsurfed Afghanistan, is currently in post-production back in Germany. Still working out the final bit of funding and other details, he hasn’t set a release day yet.

In September 2018, Afri landed in Huntington Beach, again representing Afghanistan at the ISA World Surfing Championship, and while he enjoys the competition and the spotlight, he’s really looking toward the 2020 Olympics. He’s been awarded a scholarship by the International Olympic Committee so that he can train and “fully focus on qualification for the Olympic Games in 2020.”

The Tokyo Games are 18 months out, but 2019 is the qualification year. San Clemente could see local stars Griffin Colapinto and Kolohe Andino represent the red, white and blue, if they perform well. Top surf talents from around the world are all gunning for the few coveted spots in the Games. It’s going to be a big moment for surfing, and whether Afri ends up making it or not, his journey has been like no other competitor’s.

“I simply hope for positive headlines for Afghanistan,” Afri said. “For understandable reasons, the perception of Afghanistan is unfortunately reduced to war and terror. Sadly, this is one reality in the country, but this is also not everything that defines Afghanistan. The majority of Afghans are looking for hope and a brighter future, and just like anybody else, simply for a happy, peaceful life. Surfing in Afghanistan can contribute to this. Recently, this sport was still unknown in Afghanistan, and now the country is represented at the World Surfing Championship. This can give hope to people, the hope to dream and follow your visions.”

Afri will be the first to tell you we’re lucky to live here in Orange County. We have waves almost every day, some epic setups and a surf community that lifts up its youth, celebrates its history and tries to leave the beach better than they found it. That said, we could all share in a little of Afri’s stoke and passion.