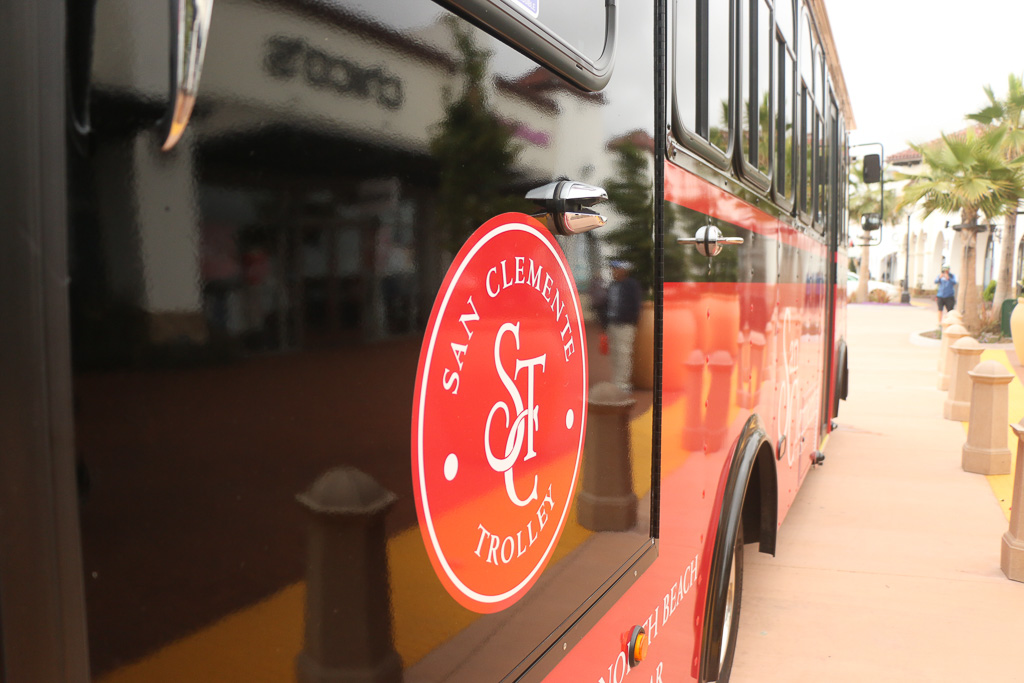 The latest iteration of the San Clemente Trolley program will include an entirely new route that will connect to Dana Point.

On Jan. 15, the San Clemente City Council approved the new route without discussion, as the application had already been submitted and the funding agreement was recently processed by Orange County Transportation Authority (OCTA), which oversees the grant program for municipal trolley programs.

“I’ve placed the order for two trolley vehicles—the core downtown route (has) three vehicles—and once we get the other vehicles certified we’ll start getting them running,” said Tom Bonigut, the city’s public work director and engineer, who has been overseeing the project.

The new route starts at the Outlets, where the downtown route begins, and will travel north along El Camino Real to Camino Capistrano. From there it will go up to Camino Mira Costa and loop around Camino de Estrella and head back southbound from Camino Capistrano south on El Camino Real. The stops on the route will have an estimated wait time of about 15 minutes.

San Clemente increased its 10 percent contribution to the program to about $170,000, most of which comes from Air Quality Management District funds and about 40 percent comes from the city’s general fund.

Bonigut said the goal is to get the trolleys for the new route up and running by Memorial Day Weekend when the downtown route begins, but it will depend on how long it takes the trolleys to get certified. The trolleys don’t have a delivery date yet, he said.

This will be the first summer the San Clemente Summer Trolley Program has started with daily service. Last summer, the city was granted seven-day-a-week service more than midway through summer. Bonigut said information will be updated online.

OCTA’s trolley programs require a minimum of 10 riders per hour in order to continue to receive funding and explore more route options, but San Clemente has well exceeded that in the last two summers of the program, averaging at least 35 an hour and a maximum of about 50, Bonigut said.

“When we discussed options last year, we did apply to add additional routes south, so people could drop off and get to Trestles, but that part wasn’t approved,” Bonigut said, adding the city will continue to explore options of a southern extension in the future.

The Summer Trolley Program is scheduled to end the last weekend in September. Trolley run times will be Noon-10 p.m. on Mondays through Fridays, 10 a.m.-10 p.m. on Saturdays and 10 a.m.-8 p.m. on Sundays.