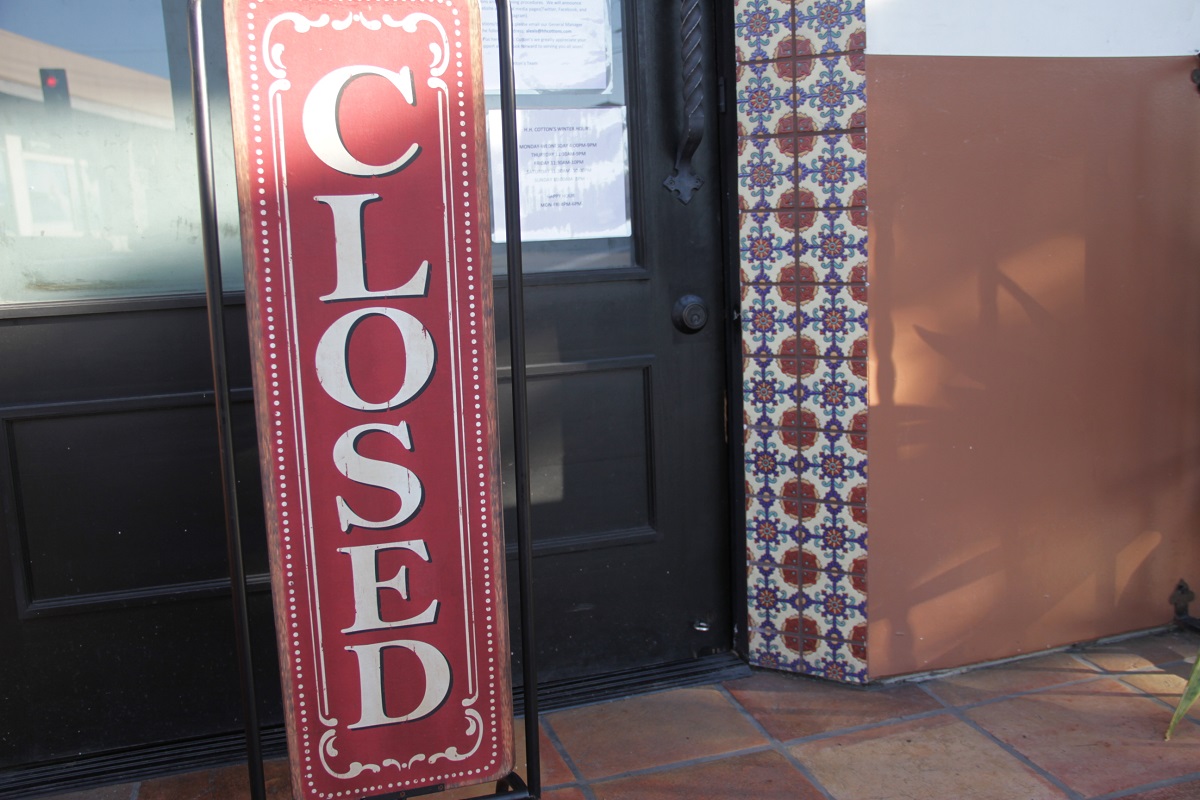 Orange County saw a slight rise in unemployment last month, even as more economic sectors began to reopen following several weeks of closures due to the coronavirus pandemic, according to the latest jobs data from the state.

Unemployment in the county grew to 14.5% this past May, up from the 13.8% recorded in the month prior and the 3.7% reported in March. The county’s unemployment rate for May translates to roughly 224,500 county residents out of work among a labor force of nearly 1.55 million people.

Among the three South County cities, the unemployment rates in Dana Point, San Clemente and San Juan Capistrano marginally decreased between April and May.

The state as a whole saw some economic growth with the addition of 141,600 jobs in May, bringing California’s unemployment rate to 16.3%—just slightly down from the 16.4% rate in the previous month.

The latest unemployment data released from the California Employment Development Department on Friday, June 19, continues to highlight the economic fallout from the state’s stay-at-home order, which brought on record job losses in California.

According to the department, an estimated 2.4 million jobs were lost between March and April, marking the “the biggest month-over job loss in state history, far eclipsing the Great Recession’s then record-setting, month-over loss of 132,800 jobs between December 2008 and January 2009.”

The state’s latest data also notes that an estimated 2.15 million people filed a claim for unemployment insurance benefits in May—an increase of 265,442 people from month of April.

Under Stage 2, low-risk workplaces such as retailers, manufacturers and warehouses were permitted to reopen with certain modifications, or limitations. Later in the month, restaurants were also allowed to resume dine-in service, but with strict social distancing restrictions.

During the month of May, job growth was recorded in such industries as construction, leisure and hospitality, education and health services, manufacturing, mining and logging, and financial activities.

Construction had the biggest bump, with 75,000 jobs added between April and May. Construction jobs accounted for 821,900 payroll jobs last month, the state reported. Hospitality added 64,800 jobs, while 44,700 jobs in education and health services were added.

In Orange County, those same sectors, as well as the manufacturing, financial activities, and professional and business services industries, experienced job losses in May.

Maritza Gamboa, a research data specialist for the department’s Labor Market Information Division, noted that the declines in those sectors have slowed compared to the previous months of the stay-at-home order.

“The employment declines in government, manufacturing, financial activities and information have lessened, indicating that business in those industries have opened, but the number of jobs are not enough to be at the levels they were,” Gamboa said in an email to San Clemente Times.

Much like all employment sectors in April, those industries were hemorrhaging jobs. Between March and April, government jobs fell by 11,600; manufacturing lost 9,800 jobs; and the professional and business services industry lost 29,200 jobs.

Based on the jobs data for May, those industries in Orange County appear to have slowed their losses, with the government sector reporting a loss of 4,300 jobs and the professional and businesses services reporting 600 lost jobs. Manufacturing jobs dropped by 1,100 in May.

With government jobs in particular, Gamboa added, the public sector traditionally sees a seasonal drop in available jobs this time of year as a result of school closures.

Across the board, Orange County did get back 13,900 jobs last month, with the educational and health services industry reporting the strongest gain of 6,400 jobs. All of those additional jobs, the county notes, were in health care and social assistance.

Construction jobs in Orange County went up by 5,800, while leisure and hospitality, and the trade, transportation and utilities sectors also saw job growth in May.

“Between April and May, there was an additional 8,600 people who entered the labor force, while an additional 11,900 people were unemployed,” Gamboa wrote. “These month-over gains caused a slight increase in the unemployment rate from 13.5% in April to 14.5% in May.”

Earlier this month, Newsom allowed counties to begin moving into Stage 3, giving bars, gyms, movie theaters, professional sports (without spectators) and schools the green light to reopen with modifications. Data on how the latest move to Stage 3 impacted the state’s economy is set for release on July 17.

Noting that the county’s unemployment rate for the month of June will depend on how many residents entered the workforce, Gamboa was optimistic in seeing improvement in the state’s economy.

“As businesses open and people go back to work, the economy should improve,” Gamboa wrote.