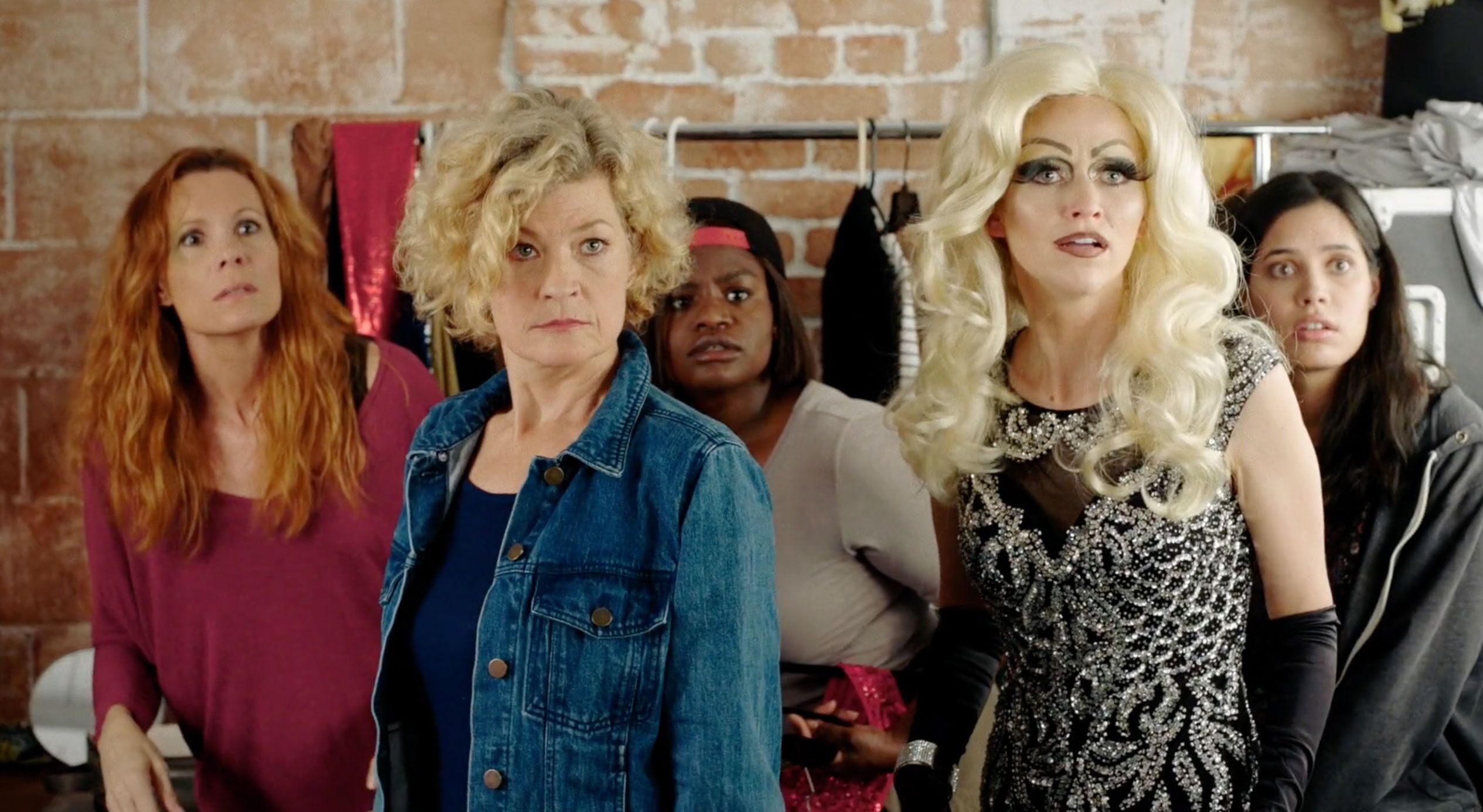 San Clemente-based director Autumn McAlpin is having her nationwide premiere of her latest film, Miss Arizona, on July 12. The film, produced by McAlpin and DeAnna Cooper, will be open to theaters nationwide as well as “On Demand” and Streaming. McAlpin will be at the AMC Block at Orange the evening of July 12 to host a meet-up with the cast and crew.

The film follows Rose Raynes (Johanna Braddy), former Miss Arizona turned bored housewife, as she accepts a position as a life skills coach at a local women’s shelter. While there, Rose forms unprecedented friendships with some of the shelter women.

The storyline thickens as trouble falls upon the women’s shelter. Audiences then follow Rose and her new entourage on a reckless, adventurous night down the dark streets of Los Angeles as the group of women fight to survive. In McAlpin’s words, “This one’s an anthem for any woman who’s ever been told to sit still and be pretty. This one’s for the marginalized. This one’s for the girls.”

McAlpin, a San Clemente resident of 16 years, drew her inspiration for her latest film from the women she met as a volunteer at a women’s shelter. McAlpin was brought in as a life skills coach but soon had a sudden wake-up call, as she found herself learning from the women themselves.

“I quickly realized how little I knew about how hard the real world can be for some. I was supposed to be the teacher, but these women taught me so much more,” McAlpin said.

McAlpin’s encounters and newly formed relationships with the shelter women inspired the strong-willed characters in her film. McAlpin very much integrates the courageous, heroine aspects she experienced firsthand throughout Miss Arizona.

The film is deeply rooted in the concept that one should not remain silent in any worries and concerns, but instead speak out in order to change the harsh realities. Inspired by MILCK’S song, “Quiet,” McAlpin pushes the “Don’t tell me to sit still and look pretty” theme throughout the entirety of the film.

“If you are aware of women in crisis, don’t sit still and stay quiet—speak out for yourself, your sister, your mother, your friend. Be there for each other,” McAlpin said.

McAlpin also drew from her own experience as a pageant queen. Growing up participating in the Tennessee pageant world, McAlpin never quite felt as if she fit the strict pageant queen mold.

“I wanted to make a film that showed one such trophy wife finding empowerment through the examples of other women she meets who are suffering from other forms of abuse, as they all band together to find what they need most,” said McAlpin.

Following Miss Arizona, McAlpin’s creative drive has continued without stop. She has kept busy with new projects, including “a medieval TV series for young women, and a couple drama comedies.” When not working, McAlpin is busy with her family and her own nonprofit.