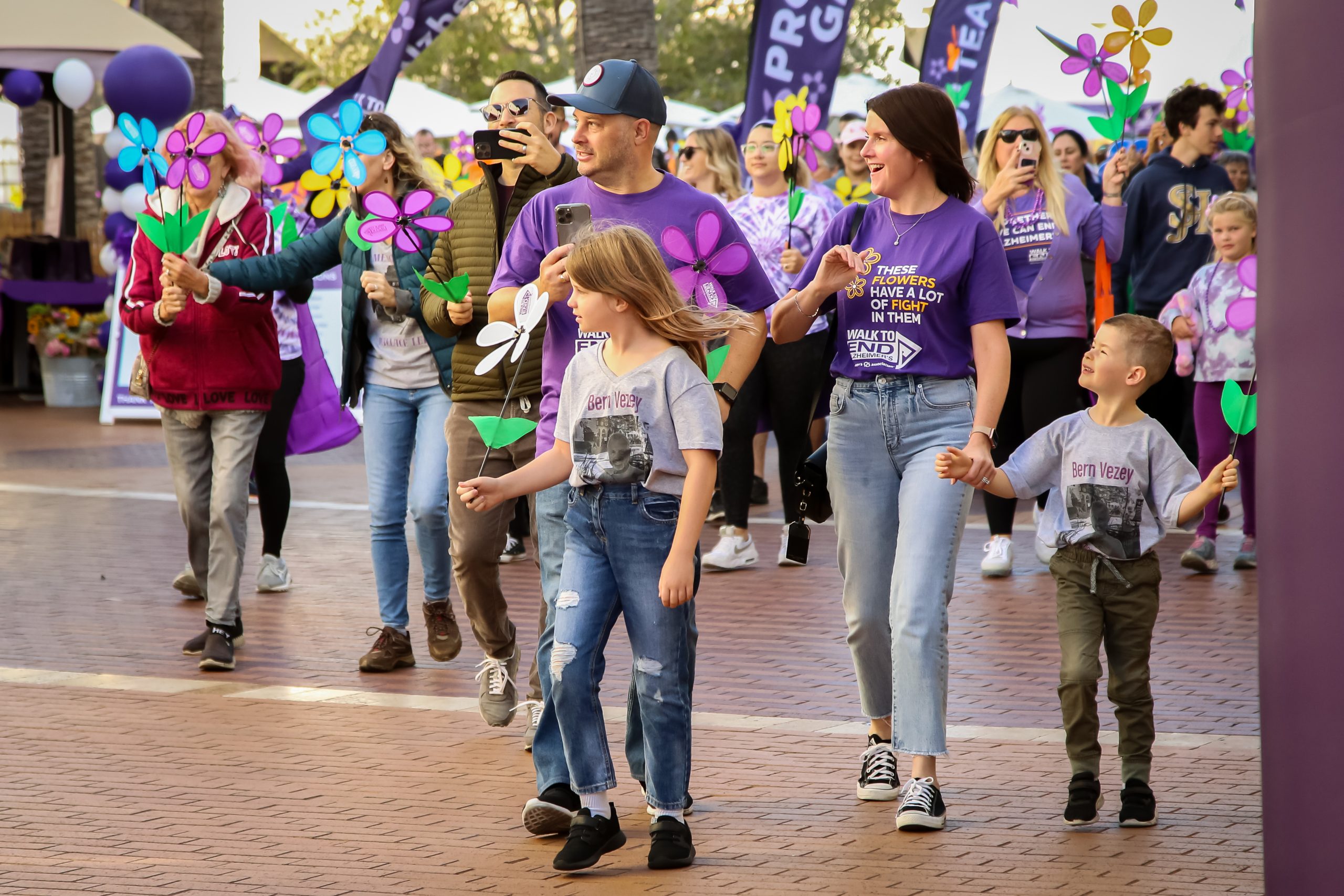 Nearly 500 San Clemente residents took part in the Walk to End Alzheimer’s on Oct. 23 at the Outlets at San Clemente, hosted by the Alzheimer’s Association Orange County Chapter. The event involved numerous local teams that had competed in friendly battles to see who could raise the most money, and other individuals and groups with a tie to the disease.

“Care for the Givers” was the leading team that collected more than $6,000 in support, led by 15-year-old Sammy Poppen, who joined the effort after losing his grandfather.

Deborah Levy, executive director of the Orange County Chapter, said the majority of participants in the San Clemente walk were community members passionate about ending Alzheimer’s and all other forms of dementia.

“They may have been touched by it, by having a family member with the disease,” said Levy. “They support a world without Alzheimer’s. They may have lost somebody to the disease, (or) maybe they’re caring for somebody currently with it.”

She added that plenty of companies, whether it be memory care facilities or businesses with passionate leadership, participated in the walk and fundraising as well.

Levy, who oversees her chapter’s efforts to provide education and support to all impacted by Alzheimer’s, as well as advocating for supportive legislation in Sacramento and Washington, D.C., spoke to the extensive amount of work it takes for her organization to hold the walks every year.

Other Orange County walks occurred in Irvine on Oct. 1 and in Huntington Beach on Nov. 5.

Levy also said the chapter has an “incredible” Volunteer Leadership Committee with members who donate their time to ensuring the organization’s efforts year-round are successful.

The walk also included musical entertainment and Kids Zone activities before the Promise Garden ceremony, which Levy said is always her favorite part of the event, wherein participants hold a flower with one of four colors: blue, orange, purple, or yellow.

“Each of those flowers represents something different, and you have people standing on the stage who are holding one of the flowers that corresponds to how they’re touched by the disease,” she said. “It brings me to tears.”

A white flower is also included in the ceremony, which stands for hope for the first survivor.

“I would love to be put out of business and not have a need for us to have any of these walks,” Levy said. “That would be my ultimate goal, that we would find a cure for this disease, and we don’t have to have these walks anymore. Until that time, I think that it’s really important that we continue to raise awareness about this disease.”

Approximately 690,000 Californians currently live with Alzheimer’s or a form of dementia, according to Levy, and more than 1.1 million in the state care for someone living with Alzheimer’s. More than 6 million live with the disease nationwide.

More information about local resources can be found at alz.org/oc.