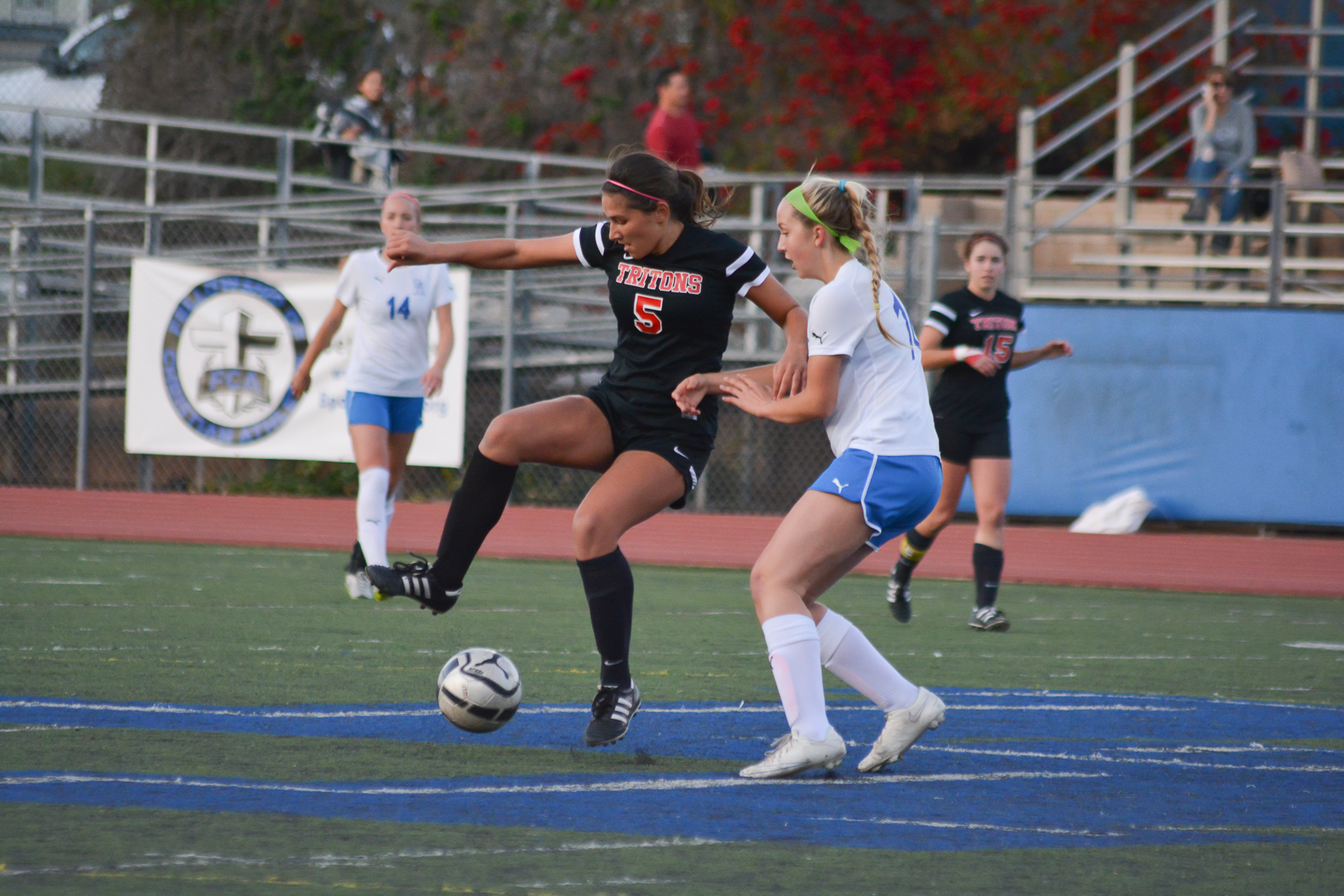 The San Clemente and Aliso Niguel girls soccer teams will square off on Jan. 28 with first place in the South Coast League on the line.

The Tritons (9-2-7, 2-0-2) and Wolverines (14-1-1, 3-0-1) drew to a 1-1 tie in their first meeting of the season on Jan. 7. That first league match against Aliso Niguel marked the beginning of a four-match unbeaten streak for San Clemente. The Tritons went on to defeat Capistrano Valley and Mission Viejo before drawing 0-0 with Dana Hills on Jan. 21.

The Tritons have also moved up the CIF-SS Division 1 rankings since the last time they faced Aliso Niguel. San Clemente reached as high as No. 3 in the rankings but currently sit in the fourth spot. The Wolverines have been entrenched in the division’s top spot for most of the season.

The Tritons will travel to Aliso Niguel on Jan. 28.

For a third consecutive game, the San Clemente boys basketball team put up 70 points in a key victory. After charging past preseason league favorite El Toro 70-57 on Jan. 15, going wire-to-wire in a 70-49 South Coast League win over San Juan Hills and cruising past Aliso Niguel 73-55 on Jan. 27, the Tritons sit alone at the top of the league standings.

Senior Cole Fotheringham helped lead the Tritons to the win over the Stallions by pouring in 16 points, grabbing 11 rebounds and recording five blocks. The effort earned Fotheringham what was, at the time, his seventh double-double of the year. Senior Gage Shelmidine chipped in 16 points to tie Fotheringham for the game-high, while Blake Birmingham and Jake Cameron each scored 10 against San Juan Hills.

Fotheringham notched his eighth double-double of the season with a dominating 17-point, 18-reboudn performance against Aliso Niguel on Jan. 27. Senior Dillon Waikle led the Tritons with 19 points in the win.

Harrington (6-3, 295) had a standout career as a Triton, and was named All-League, All-CIF and team lineman of the year twice. Harrington, a four-year starter, will be named a National Football Foundation award winner in March, according to head coach Jaime Ortiz.

With Win, Triton Boys Soccer Stays in the Hunt

San Clemente benefitted from a goal in each half in the win over the Chargers. Barrett Croft scored once as did Rodrigo Ramirez. Jonathan Payan and Michael Saba each recorded an assist and goalie Cameron Dickie recorded five saves.

The Tritons (7-9-4, 2-2) have had an up-and-down nature to their season and it has followed the team into league play. San Clemente has yet to win consecutive games in league competition, but has wins over the Chargers and San Juan Hills through four games.